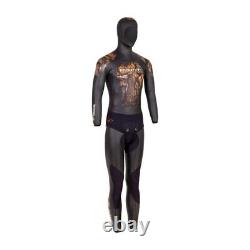 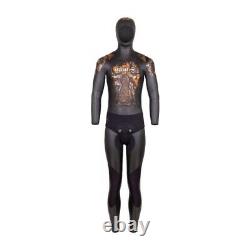 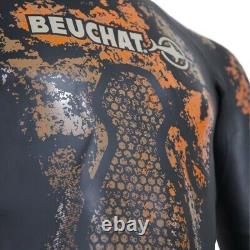 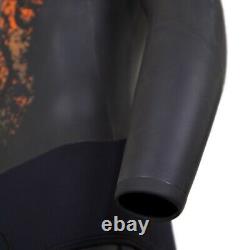 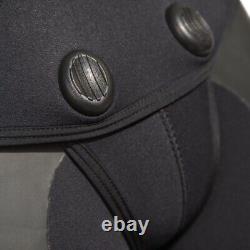 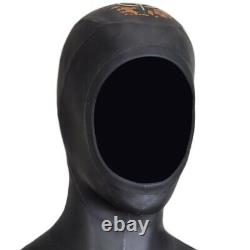 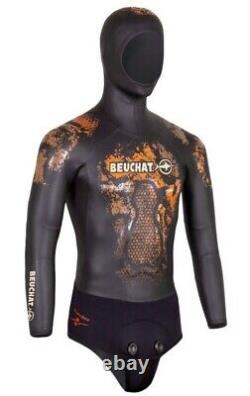 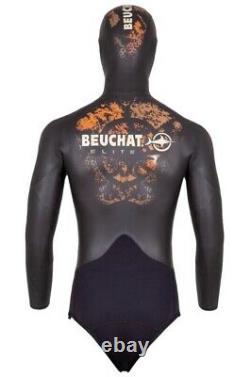 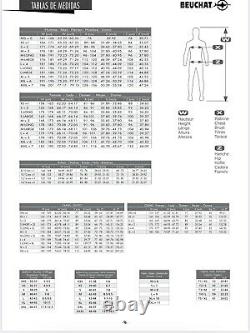 Reinforced stress pad on the top specifically designed not to cause turbulence. Beuchat, inventor of the isothermal wetsuit. Georges Beuchat creator of the company was an emblematic pioneer of underwater activities.

He naturally tried to protect himself from the cold during diving. This is the way that after several experimentations, led in the creeks of Marseille, he invents in 1953 the isothermal wetsuit. This fundamental invention has played a key role in the development of underwater activities. And more than sixty years later, its bases remain valid although materials and methods evolved. Two-piece suit for intensive free diving and spearfishing.

Super-supple Elaskin X10 neoprene for improved comfort and greater freedom of movement. High quality pre-formed anatomical cut for maximum comfort. Special anatomical cut at the back to prevent the formation of water pockets on the back or between the shoulders. Seamless stretch panels at articulations to reduce friction (shoulders, knees and elbows). Pre-formed to follow the curvature of the lower back and crotch for a snugger fitting suit.

Pre-formed, crotch-piece ergonomically designed to avoid discomfort between the legs, with double clip closure. Jersey crotch-panel on the top and between the legs of the pants designed to prevent wear resulting from friction between the thighs while swimming. The Anti-Squeeze System mitigates the suction effect in the ears and simplifies pressure equalisation during dives. Beuchats exclusive X-Ray Camo camouflage is based on the Beuchat Trigocamo photographic camouflage, specially redesigned for an ultra-smooth suit.

Natural colours melt into the underwater background. X-Ray Camo camouflage is used on different parts of the Elite in order to break up the silhouette of the suit and make the diver even harder to detect. Camouflage is positioned primarily on forward-facing surfaces. Protective Supratex 2 kneepads combining flexibility and resistance to abrasion.

Top incorporates a reinforced stress pad on the bust specially designed to prevent turbulence and provide improved comfort and grip when loading long, powerful spearguns (to prevent the butt slipping). 360° single-piece face seal for improved comfort, seal and sustainability, with no seam at mouth level.

Material: Smooth outside / Jersey inside. The item "Beuchat Espandon Elite Mens Wetsuit, Size XL, 7mm" is in sale since Saturday, November 21, 2020. This item is in the category "Sporting Goods\Scuba & Snorkelling\Wetsuits\Full Length".